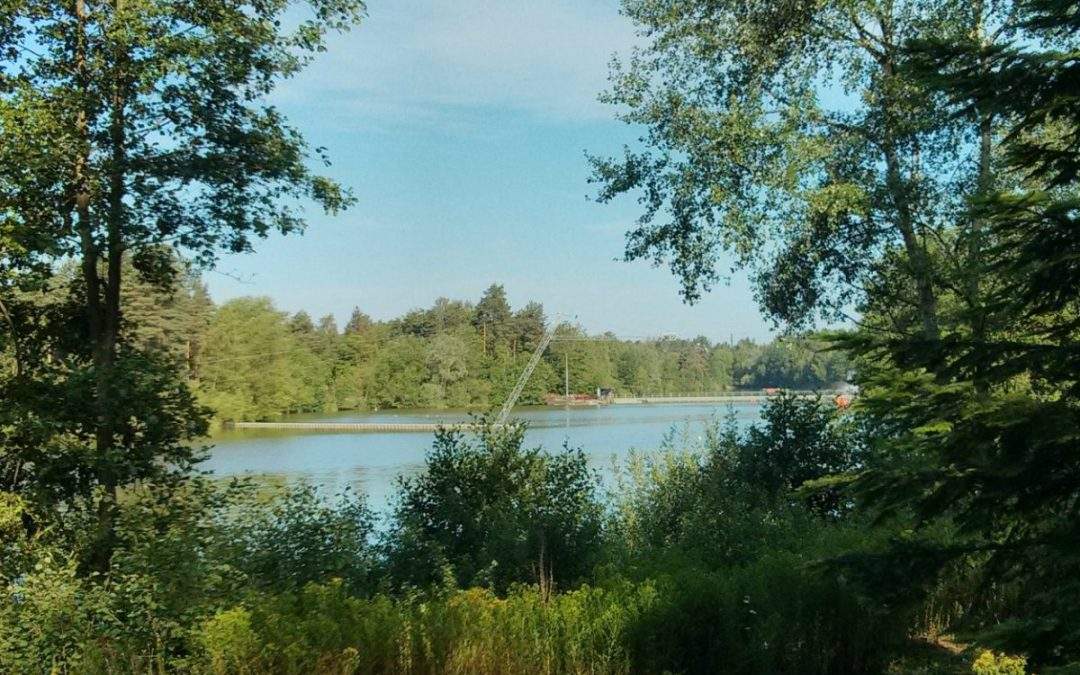 I first visited Center Parcs when I was three months pregnant with Angelo. Back then, I lived a very active lifestyle. I stayed three days with  two of my girlfriend ats the Longleat branch. We walked alot, took Zumba classes and relaxed at the Aqua Sana Spa.  After Angelo was born, when hubby was looking for staycation options I suggested Center Parcs. We went to Elveden Forest. Once again, I was pregnant but not as physically fit. Nonetheless, I still relished the chance to walk and take part in outdoor activities. I rode a bike for the first time! Albeit a tricycle to be exact. Since then,  we’ve been back twice. Our recent staycation at Center Parcs Elveden Forest was absolutely amazing for the natural ambience and stimulation of the senses. 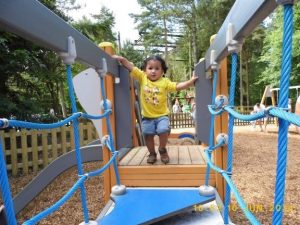 Centre Parcs is like a massive outdoor playground. Hubby and I had chance the to indulge our  inner child. While our children ‘matured’ a bit due to the outdoor play and observing the natural flora and fauna of Elveden Forest.

Valentina is closer to conquering her fear of water in her face, all down to lots of time at the pool and water-play.

Angelo is even more of a cheeky monkey. His confidence and languages skills taken leaps and bounds by talking to more adults of varying ages and ethnicity, as well having supervised but independent play. Time at Venture Cove and the adventure playgrounds improved his balance, spacial awareness and confidence to tackle heights. I admit not every activity was a success. Neither child enjoyed the pedalo ride on the lake and it wasn’t down to hubby and mine bad co-ordination at peddling. Angelo was pouting as he would have preferred to play in the sand. Most likely, Valentina was annoyed that she was required to sit still. 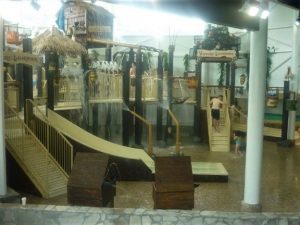 We cut our pedalo ride short and headed to the pool area. Now, that’s always a hit especially on a hot day. I noticed that Angelo is slowly but happily accepting his role as big brother. I felt so proud to see him looking after his sister and showing her the ropes… so to speak, in the play areas.

Hubby and I managed to get some time to ourselves. Center Parcs has a baby sitting service. We had our adult water play. We took on the rapids and the cyclone and lived to tell the tale. What a rush! I highly recommend screaming to release some tension. I certainly screamed my head off while swirling in the cyclone and felt better for it at the end. 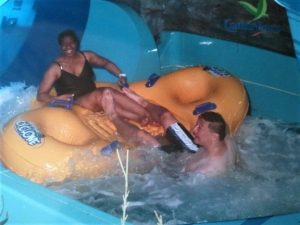 All in all we had a wonderful start to summer 2014. I’m linking this post to the Country Kids from Coombe Mill blog hop. 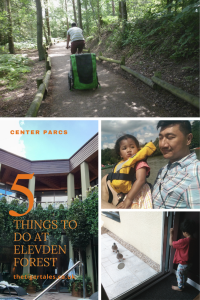