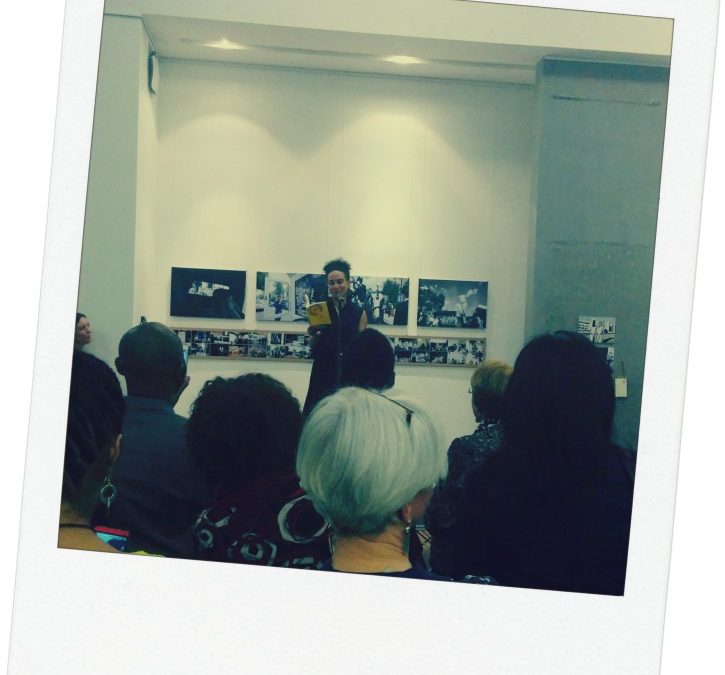 Oh what a night! On Thursday, I attended my first publishers launch event and it was sensational. Hosted at the Free Word Centre in Farringdon, the Cassava Republic event began with an Igbo traditional welcome and pouring of the water libation. Heartfelt welcomes and comments from the Education Director of the Free Word Centre, British Council Director followed by words from Bibi Bakare-Yusuf, founder of the Cassava Republic. Many of her wise words touched me but what stuck with me most was when she said ‘Once the imagination is fed anything is possible’. Cassava Republic is a Nigerian publishing house that’s bringing Nigerian authors to the UK.

Since my sourjun into the world of writing and publishing began, I’ve heard much about the lack of diversity in the industry. There is a lack is across the broad from those employed in publishing houses all the way to the writers who get published. Bibi Bakare-Yusuf shared with us her journey into becoming an entrepreneur. She fondly said that when she decided to make the crossing to the UK, she made it with a female partner, Emma. Emma Shercliff, the Cassava Republic Director, for the UK. Emma said that there should be room for people like her. She didn’t say directly what that meant. Perhaps she meant an English person with a passion for making African Literature accessible. Emma said that she completed her PhD practically ‘shadowing Bibi’. In fact her PhD study based on women in the African publishing industry. What I took from her words is that everyone should have a chance to be involved in the process of making diverse literature available.

Emma said that the Creative Access programme has made publishing internships possible for Black, Asian, and minority ethnics. I thought that’s great progress, but there’s always room for do better. In the meantime hope the message is getting out there to talent interested parties.

I’ve not read African Literature since I left university in 1998. I think after that I never really thought of reading it for pleasure. After getting a taste of the work coming out from Cassava Republic my reading habits is on course for a revamp. From Leye Adenele (Easy Motion Tourist), to Elnathan John (Born On A Tuesday) to Mylo Freeman (Princess Arabella’s Birthday) and Sarah Ladipo Mayinka (Like a Mule Bringing Ice Cream to the Sun) attendees were taken on a wild ride with a range of emotion: shock, horror, humour and enchantment.

I seized the chance to have a quick chat with Mylo Freeman the author of the Princess Arabella stores: Princess Arabella’s Birthday and Princess Mixes Colours. I’m happy to report that an interview is coming soon to The Tiger Tales. Naturally there was food and a tasty variety and at that accompanied by lively music with standing/dancing room only. I left the event on a high.

It took Cassava Republic 10 years to making the crossing to the UK but boy oh boy was it worth the wait. Cassava Republic has other amazing titles coming up later this year. I’m super excited and will certainly eek out the time to read a few.

Search hashtag #readcassava to find out more about the event and the author. To in the loop and get social you can follow Cassava Republic on Twitter.