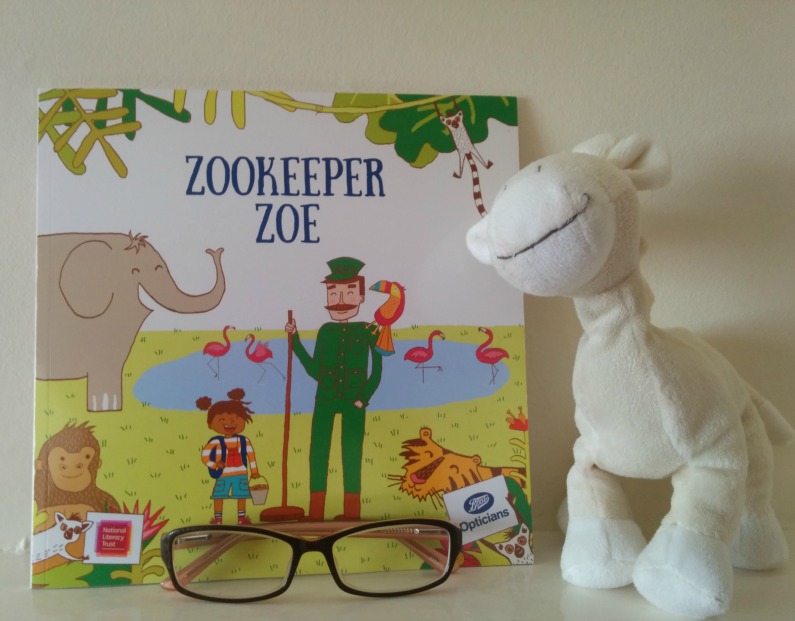 Boots Opticians have come up with a clever way remind parent to have their little one’s eyes tested. Zookeeper Zoe is a storybook that has merged the joy of storytime with the practicality of an eye check. Angelo has received his letter via his school with information to book an eye test. I haven’t booked the test yet. I wanted to try Boots’ book first as a way preparing him. I found Zookeeper Zoe to be a child-friendly non-invasive way for little one have their eyes checked in the comfort of their home.

Angelo and Valentina both love storytime. As a rule we read together at least once per day. They enjoy books about anything, as long as it’s not scary. As a parent I prefer them to read books that stimulates their imagination, prompt them to ask questions and allows them to see characters that they can relate to. Zookeeper Zoe ticks all those boxes AND it can checks their eye too. Result! According to Boots Opticians , ‘Up to 80 percent of what a child learns is through their sight1.’ The storybook was developed with the National Literacy Trust.  There are 4 interactive eye checks embedded in the story by way of the illustrations. I used the book with Angelo because it’s aimed at children aged 4-6 years old. Although he found the eye checks to be ‘easy peasy’, as he said, I noticed he missed a few thing he should have seen. So, I plan to book him an eye test to follow up from our use of the Zookeeper Zoe. Boots Opticians gave clear details at the start how to use the book, there are easy to follow directions at each check point and at the back of the book they explained the purpose of each test. I found the explanations quite useful. It was never explained to me the purpose of the checks done during my eye tests.  For example the black lines about the Zoo gate checks for astigmatism.  There’s also information how to book an eye test.

Zookeeper Zoe was created in collaboration with celebrity dad Peter Andre. His daughter Princess wears glasses, hence, it was important to him to support Boots Opticians storybook. The story takes us on a journey a day in the life of little Zoe who wants to be a Zookeeper when she grows up. She goes to the zoo and ends up assisting the Zookeeper in caring for the animals there. Angelo and Valentina love animals as most children do. They were naturally drawn to the story.  In fact it we recently visited Drusillas Park Zoo.  It was fun for them to see similar animals in the Zookeeper Zoe. Angelo said he likes Zookeeper Zoe because ‘loves animals and everything looks so cute in it’. The story engages children by asking questions along the way which is a wonderful way to get them talking and sharing their opinions on things. I think Zookeeper Zoe is a good tool to encourage and empower parents to have their children’s eyes checked. Zookeeper Zoe is free to read online or download from zookeeperzoe.co.uk. It is also available as an iOS and Android app.

To book an eye health check, speak to your Boots Optician or make an appointment by calling