Black And Menopausal In 2020 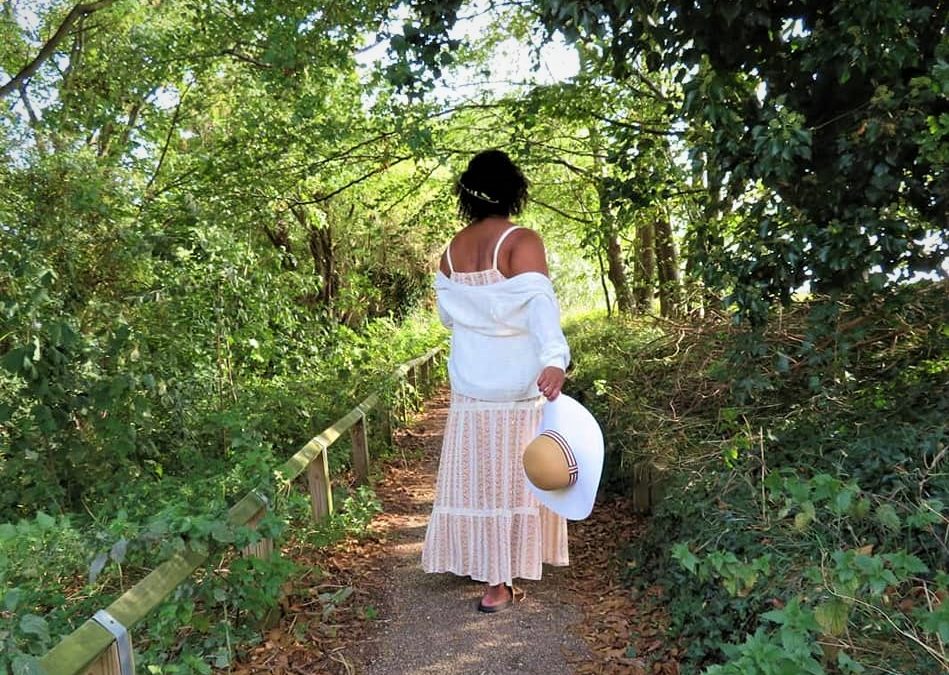 At age 44, I started having perimenopause symptoms. It’s was the vertigo and nights sweats, that got my attention. Up till then, I assumed the foggy brain, forgetfulness and anxiety were part and parcel of was mum life. Three years on, here’s what I’ve learnt about being menopausal as a Black woman.

I grew up hearing menopause being referred to with fear and shame. Women felt their womanhood was gone. In fact, the manner in which society treated women in that phase life supported that opinion. Past forty, women became almost invisible. Dare I say, Gen X women are now shattering that belief system. Our lifestyles are different; there are more products and services to enable us to have happy healthy vibrant lives.

Yet, Black women don’t talk about menopause. We are conditioned to keep moving, don’t give up, don’t given in, don’t look back. There is safety in silence.

Black don’t crack. This statement applied to our looks, also signifies our spirit. Hence the reason menopause seems to sneak up on  us. While signs of aging is slow to show in our appearance, it’s reported that Black women enter perimenopause earlier than our counterparts. In the 2003 study ‘Onset of Natural Menopause in African American Women’, for the American Journal of Public Health  findings concluded:

Symptoms can vary from vertigo as I mentioned earlier to eczema, sleep disturbance , and diabetes  to mention a few. They used to say menopause could cause a woman go crazy. Now that I’m living through it, I know better. Perhaps, it was the mood swings tied with other life circumstances that trigged women.

2020, we are living in a time of a global pandemic, biological and sociological.  Covid-19 has taken millions of lives. In an attempt to control the virus, the world went in lockdown. While we were trying to ‘stay alert and stay safe’ we saw our Black cousins are being stopped, searched and sometimes killed. However, it was the killing of George Floyd  that to the caused Black Lives Matter protests to rage in America. The protest would eventually make it’s to England and other nations across the globe because where colonialism has touched, there is residue of systemic racism and psychological trauma.

Eventually, a report was released stating that  black women were 4x more at risk of contracting Covid-19. During this time of global turmoil, it’s possible Black women of a certain age are stressed, anxious, and having dark thought but they are not making the connection that they are menopausal. They probably think something’s wrong with their minds.

In the UK there’s no research about Black British women and menopause. American has an ongoing study named SWAN (Study of Women’s Health Across the Nation) which began in 1996. It’s from the SWAN findings that we get a peek at Black women’s experience. Participants of the study come from a cross-section of socioeconomic and ethnic backgrounds. Dr. Nanette Santoro, professor and E. Stewart Taylor Chair of Obstetrics and Gynaecology at the University of Colorado School of Medicine, has contributed to the research in SWAN .

Dr Santoro tried to use SWAN to assess the effect of systemic racism on allostatic load ( relationship between social position and the biological embodiment of physiological responses that results in allostatic load operates through several pathways including the effects of behaviour, psychosocial responses, education and material deprivation https://www.health.org.uk/publications/allostatic-load )
However, Dr Santoro reported that:

“The black women reported less overall perceived discrimination, which we interpreted as the fact that it is just so common that they become inured to it, which then makes it impossible to assess…’

A Problem Shared Is A Problem Halved

I didn’t have a host of experiences to draw from but my mum and I talk about over experiences. Although, I started earlier than her. She didn’t have two small kids to care for and grapple with symptoms of menopause. My first child was born when I was 37 years old. My daughter would follow two years later. In between it all, I had postnatal depression. So, our lifestyles were different. I try to mange my symptoms with diet, supplements, exercise and mindful living.

While searching online recently for information based on the Black British female experience, I found a quote from Karen Arthur, UK based fashion designer, stylist and founder of REDDSKIN and Wear Your Happy, on the Newson Health website, Karen commented briefly on the findings of a survey she ran earlier this year:

Although there are some positive and encouraging answers, there are many more in despair at symptoms and treatment by doctors, family and/or at work. I know that this goes across the board; however, the difference is that the women I’m talking to have never been asked their views as UK black women before and I believe that this is super important.

Are you menopausal? How do you manage your symptoms?

Please comment below, I would love to hear from you.