Baobab: the superfruit at the Eden Project 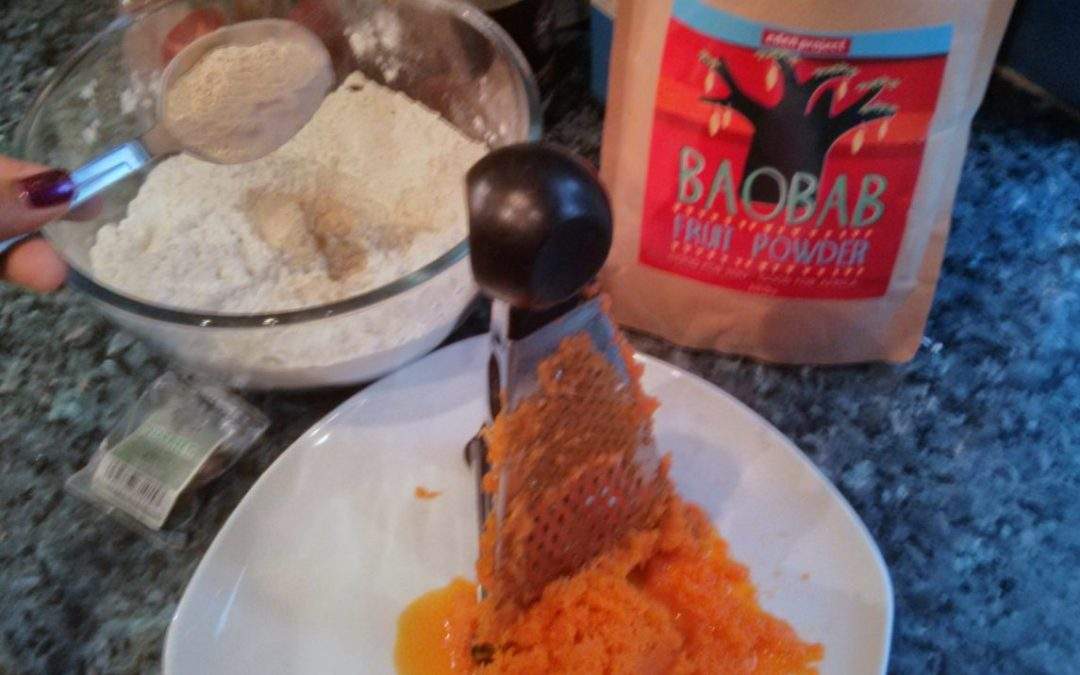 I was offered some baobab fruit powder to try.  It’s the ‘new superfruit’  that promises to boost energy levels and improve skin health. I could not say no to that offer. As you have heard me say time and again, “I’m tired and sleep deprived” added to that I’ll be 40 this week! If ever there was a candidate to trial this product it’s ME! I have to say I was skeptical about giving it to my kids, additionally, I’m  still breastfeeding Valentina. However, it seems to be safe for kids to eat. Still, I would suggest if you’ve never used baobab before and you are breastfeeding, or if your child has food allergies, for your own peace mind check with your GP before using. From my trial I realised the Eden Project Baobab could be used in several ways.

I knew about baobab because I’m currently using natural afro hair products that contain the fruit. I’ve been using Eden Project’s baobab powder intermittently for three weeks; while I don’t feel like Wonder Woman YET my dishes have been enhanced by its flavour.

They say, ‘Gram for gram, baobab fruit has six times more vitamin C than an orange and more calcium than a glass of milk. Baobab also benefits from having three times more iron than red meat, six times as much potassium than in bananas and more than three times as much antioxidants than blueberries.’
Baobab products can be purchased online from the Eden Project Shop. Baobab is also available from Holland & Barrett, Planet Organic and all good health food shops. Priced from £14.99 for a 250g tub of superfruit powder.  £19.99 for 90 1000mg tablets. Or order online from www.minvita.co.uk.

The Eden Project is championing the growth of the super fruit in the UK market by undertaking a project to raise awareness of baobab and baobab products. Working with Phytotrade Africa ‘Project Baobab’ also aims to educate people on the importance of sustainably harvesting the fruit to ensure there’s a positive impact on poor families in Africa. Click HERE  for more on the fruit at Eden Project.

Baobab fruit powder has a tangy flavour suited to both savoury and sweet dishes. It also contains pectin which acts as a natural thickener when added to liquid. Some serving ideas include:

I used my baobab power in a few Trini dishes, along with some seasonal ones. I even included it the every popular West Indian Guinness Punch (drink). Here are the images of the dishes I made:

We usually have ours with home-made bread. You can enjoy it as snack, breakfast, or dinner. However, for festive occasions serve with a sweet chilli sauce; tamarind sauce or whatever you and your guests fancy.
And here is my Guinness Punch!

I found that the fruits natural tangy flavour enhanced the savoury dishes. Although, I must admit I could not detect its taste in the sweet one, but I felt better for knowing there was added ‘goodness’ in each dish.
Have ever heard about baobab? Have you tried it yet, if so what do you think?  If it’s all new to you, then check with your GP before introducing it to your diet or as a supplement.
For more information on the Eden Project Baobab, visit the Eden Project website.
(updated 19th May 2020)