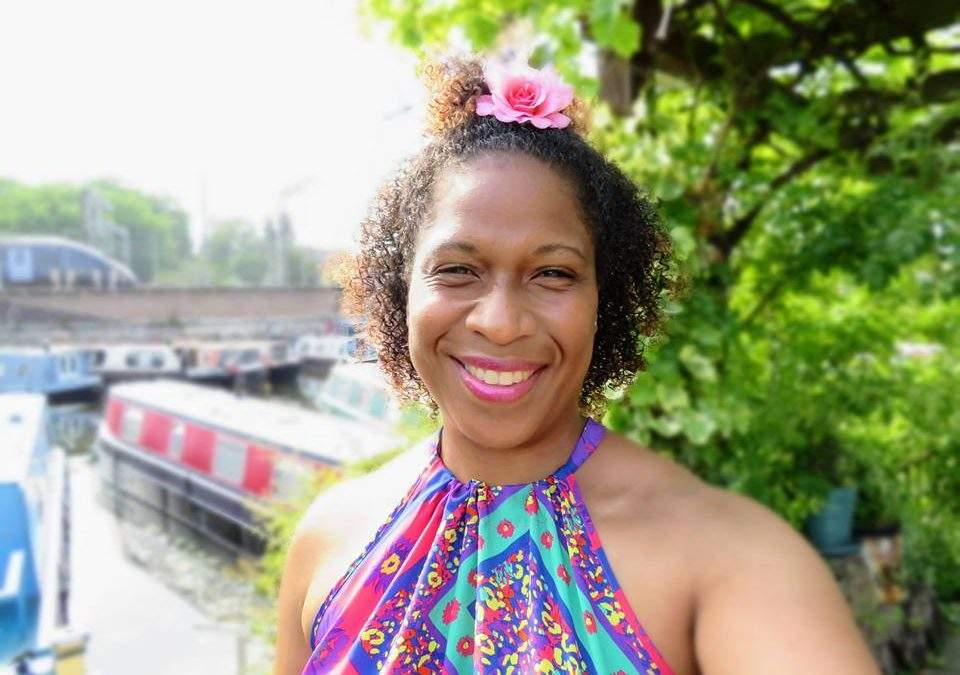 You never know what you will stumble upon while meandering around London. I fell in luv with Kings Cross St Pancras  some years ago. Two of my friends live in the environs; so, that’s my excuse for frequenting the area. Walking along the canal is a delightful treat on a sunny day. King Cross continues to develop. She’s a wonderful blend of old and new with lots of style. En route to my friend’s house a few weeks ago, I took a detour and walked along the canal towards the Waterpoint. The Waterpoint was open to visitors that day. It would have been rude not to pop in, don’t you think? I’m glad that I did; it’s a treasure. If you’re into city vistas and history, St Pancras Waterpoint is a worth a visit.

St Pancras Waterpoint is Grade II listed. One of the Open Day volunteers told me, it was not always on its current site. Apparently, the Waterpoint was closer to King Cross Station, in order that the steam locomotives fill up with water. It was moved to its current location on the viaduct overlooking the St Pancras Yacht Basin off Regents Canal to accommodate the planned expansion of the railway. The Waterpoint formally opened in 2005, after refurbishments. 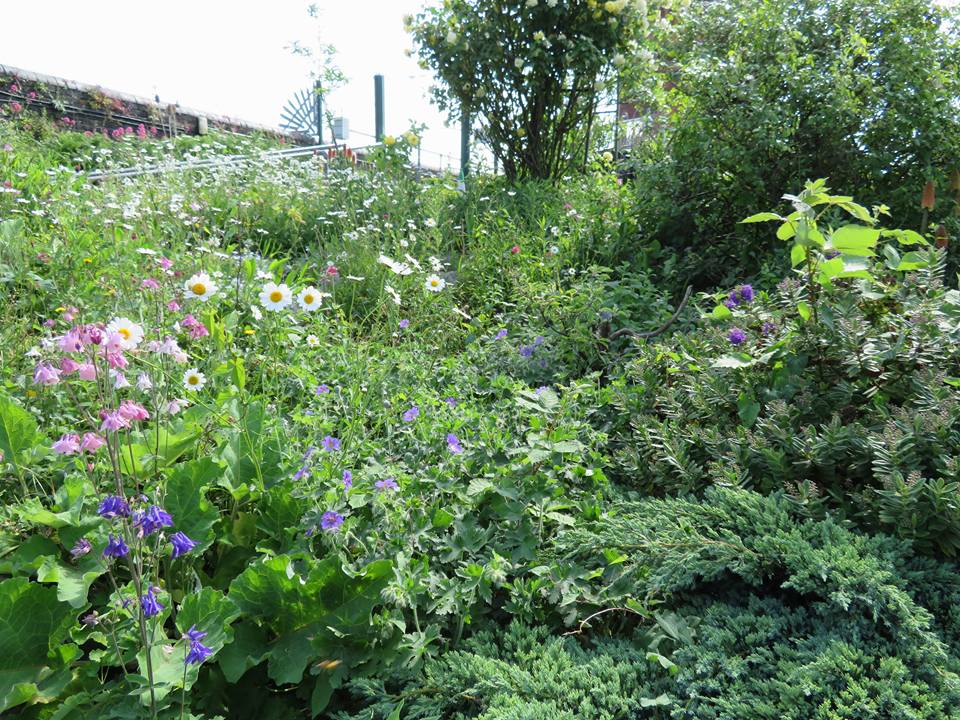 Before taking the stairs up to the Waterpoint, I tarried a while in the small garden below. It was full of the most gorgeous wildflowers. If I’m not mistaken, I spotted some Ox Eye Daisies and blue Nigellas. It was the most idyllic patch of green I’ve encountered in the city for some time.  Then again, I’m partial to views near to water courses. If only I had a picnic supplies!

Once inside the Waterpoint, I climbed two short flights of narrow stairway to the viewing platform. From the platform, there’s a 360 view of the area around the Basin; one side the train rails, on the other industrial luxe apartments with the basin and garden in-between (home to canal boats, fishes, dragon flies, ducks and the like). It was a pleasant moment in time to simply breathe and admire my London.

On the way back down I observed the displays posted courtesy the Canal & River Trust. Now I know why the Granary is called the Granary… it constructed in 1852 it stored wheat from Lincolnshire (my other favourite city… actually I have a few… never mind) for London bakers. Ah! Yes, wheat… granary… DA!

If you are ever in town and find yourself near platform 9 ¾, I’d urge you to wander further. Go explore The Granary which is now home to bars, cafes, restaurants and Central St Martins art school AND of course the splash-fun fountains. Perfect family’s day out. Then venture on to the Waterpoint to nature watch, people watch or simply BREATHE.

The upcoming open days for St Pancras Waterpoint are:

Let me know what your best bits were, if you stop by.  For information about the Waterpoint and other activities along the canal, visit the Canal and River website.