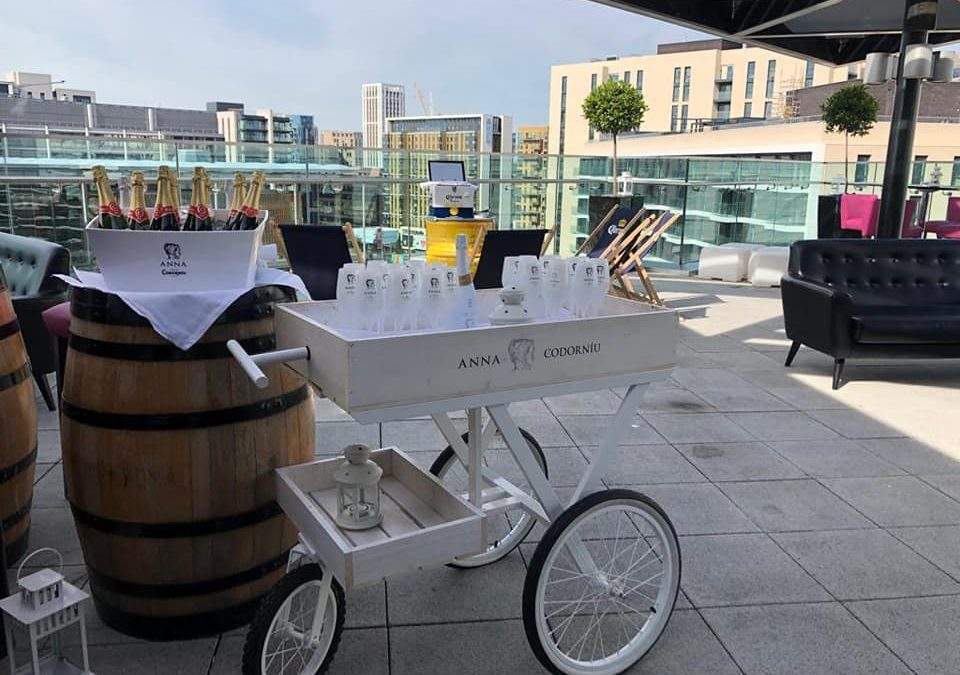 It’s been one week, since the launch of the Anna de Codorniu Terrace, Hilton Wembley. The event was marked with a VIP white party were the Cava took centre stage.  Cava and cava infused cocktails were served along with canapes.  It was a stylish affair.  Attendees were resplendent in variations of summer whites set against the rose pink sky at dusk. I had a wonderful time. Hanging out in Wembley was a first for me. It was the most delightful way to draw a busy day to the close. Launch was to celebrate the partnership between Sky Bar 9 and Barcelona-based Anna de Codorniu Cava. From July throughout the summer hotel guests, visitors attending events in the area, as well as, local patrons will be able to enjoy Anna de Codorniu Cava.

From Barcelona to Wembly London

Anna de Codorniu is produced in distinctive white bottles, It’s ideal for drinking alone or as an accompaniment to a wide range of food. Thus, it was a perfect partnership for Sky Bar 9. The brand prides itself for producing Cava in the same traditional method used in the creation of French Champagne.

The winery traces its roots back to 16th century. “Anna” is named for the heiress of the Codorniu wine making family, who married windmaker Miquel Raventos in 1659. 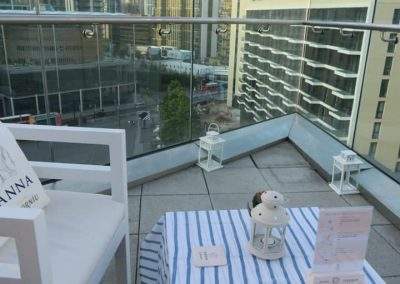 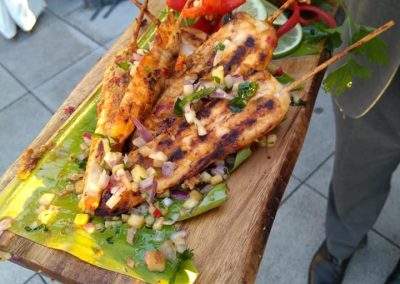 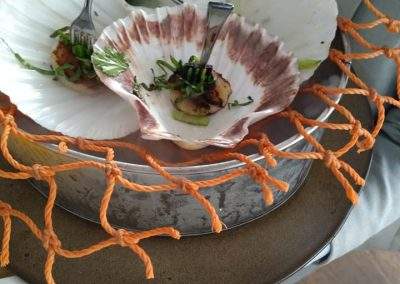 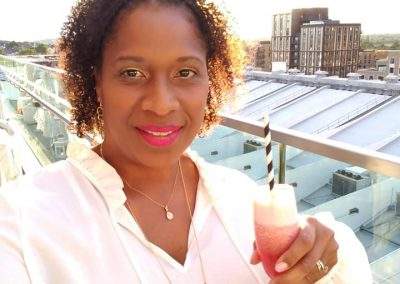 The Sky Bar is located on the 9th Floor, Hilton Wembley. The ambience is pure modern sophistication.  From the expansive terrace patrons have a panoramic view of the Wembley sky line. Away from central London (but not too far, 13 stops from Wembley Central to Oxford Circus) bustle, it’s the perfect place to chillax. You can catch up with friends, have a date or informal business meet up.

The partnership with Anna de Codorniu  brings added sparkle to the popular venue.  This summer the bar will be known as the Anna de Codorniu Terrace. It’s sure to be a hot spot for the season. Enjoy exclusive Cava cocktails with a view.

Availability based on a first come first serve basis, reservations not required. 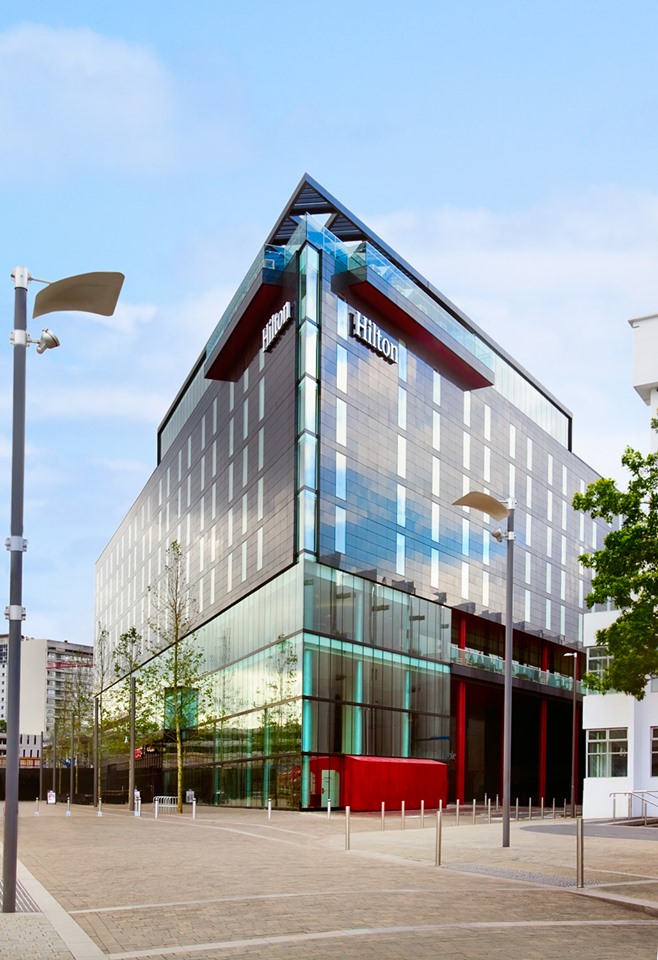 The hotel offers a range of rooms, executive rooms, accessible rooms and suites along with leisure facilities including a fitness room, pool, sauna and steam room. Dining options are The Association Restaurant and Icons Bar, Grill and Terrace, along with Sky Bar 9 (Anna de Codorniu Terrace).

Attractions in the vicinity of the hotel include: Wembley Stadium, Wembley Arena, London Designer Outlet, and Boxpark Wembley.