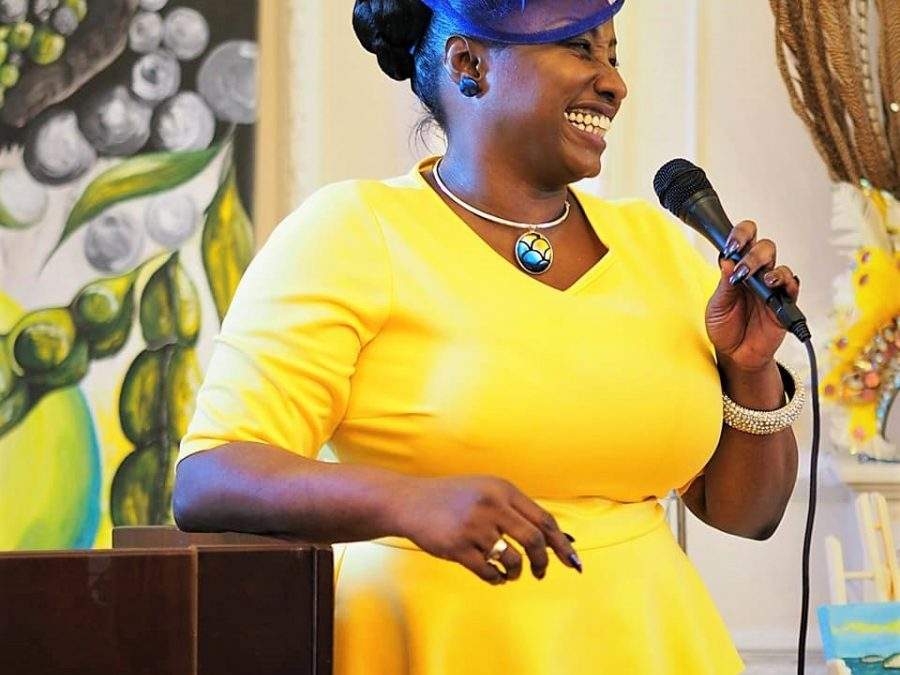 I’m not an artist but many of my friends are. I absolutely enjoy attending art exhibits. In fact, worked for a year in a contemporary art gallery before emigrating to England. So, it was a thrill to attend my very first Caribbean art exhibition in London, at the Trinidad & Tobago High Commission. The event was the brainchild of Tricia Trotman-Maraj. Having had the honour of meeting Tricia, I must say she is the quintessential Trini. Talk about ‘Trini to the bone’ that’s Tricia. I have written about the exhibition, ‘My Sugar Island’ and Tricia’s work but I felt it was important to introduce her to you. This is Tricia Trotman-Maraj’s interview, founder of caribArt Collections.

TTT: Tell us a bit about yourself?

TM: My name is Tricia Trotman-Maraj, mother of 3, former secondary school teacher, now project management professional, artist and founder of the caribArt Project. I was born in a little sugar cane village near the Usine Sugarcane factory in South Trinidad to unwed parents which back in those days was absolutely scandalous. My early years were greatly influenced by nationalism and patriotism as I observed the journey of my country from colonial rule to independence and even becoming a Republic. Discipline, tolerance and production were what we were taught but most of all the importance of education and the fact that the ‘future of the nation lay in the school bags of its children’ – this according to our country’s first Prime Minister Dr Eric Williams. I started my career as a clerk in an optical laboratory and eventually ended up being the Principal at a private secondary school and further on a teacher in the Public Teaching Service of Trinidad & Tobago. After spending a decade and a half in the public teaching service without promotion, I resigned and joined my husband in the UK where I now live with my family. I am a published author, academic researcher and have a keen interest in preserving the authentic cultural heritage of my country. My life in London has presented many opportunities to utilize the skills I have gained as a professional and I hope to positively influence my region to engage in activities that promote regional unity and advancement that will benefit Caribbean people all over the world.

TTT: How has your expat experience influenced the art you create now?

TM: As a Trinidad & Tobago National living in London, I believe I have discovered a new love and appreciation for the place where I was born. For the first six months that I lived in London I did not see the sun – certainly not the sun I had known all of my life growing up in the Caribbean. Feelings of nostalgia made me want to return home and to those things that were familiar to me. I desperately searched London shops for things that I could surround myself with that would remind me of home but could find none and so I was forced to put brush to canvas and create my own. I started painting those things I knew and the paintings made me feel much better. Certainly I was not an artist by trade but I had pictures in my mind of what I wanted to see on the canvas and so I painted them.  The appreciation for my work grew and so the caribArt Project was born. I thought that there must be other Caribbean people in London who felt the same way I did and thought the best way to present our authentic self to the world was through a platform that promoted the combined effort of us all to preserve the stories we grew up with as children and still remember today despite the changes in the world around us. The underlying theme of the work I paint is consistently Caribbean culture and heritage that have influenced the formation of my character and who I am today..

TTT: What was the catalyst for starting caribArt Collections?

TM: It is a platform solely dedicated to showcasing the work of Caribbean artists to premium audiences globally as many of our artists who produce Caribbean themed work continue to be excluded from major art networks and societies. This platform was created simply because it was required. The caribArt platform celebrates everything Caribbean through the medium of art but most importantly it assigns value to the art, brings dignity, respect and ethical policies that ensure the artist receives his/her just reward for their contribution. The caribArt platform recognizes the contributions of Caribbean artists to cultural preservation and lauds them for showing us a new perspective for those things that we have for too long taken for granted and under-valued.

The catalyst for the caribArt Project was my inability as a highly educated Caribbean Professional to find viable employment. After 2 years and almost 4000 unsuccessful job applications for permanent work I realised that something was probably amiss. As a researcher I understood that a 0% positive return on 4000+ job applications from a candidate of my calibre was a statistical improbability. The invisible mountain in my path that confronted me every day brought me to the understanding that if I wanted to succeed in my new environment I would have to do something that was out of the ordinary in order to achieve the seemingly extraordinary. The famous Greek scholar Plato first coined the phrase, “Necessity is the mother of invention” and although these words were first said centuries ago they remain true today because when the need for something becomes essential you are forced to find ways of getting or achieving it and thus the caribArt Project was birthed. 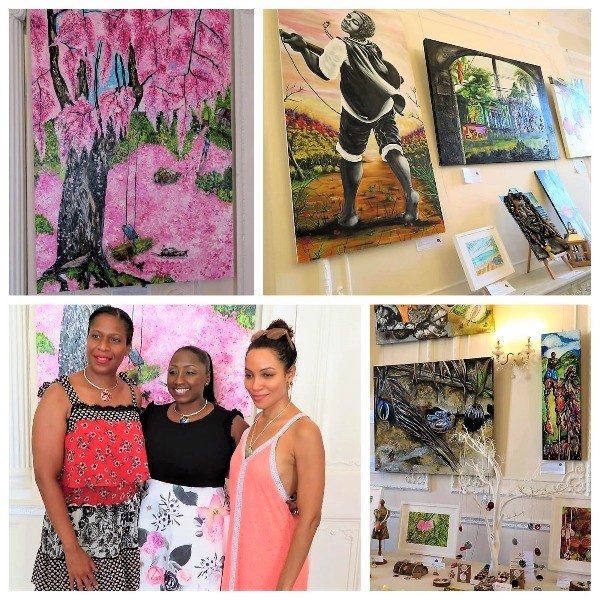 TTT: What is your vision for caribArt Collections?

TM: My vision for the caribArt Platform is as wide as it is deep. It is self-sustaining and  its spin off benefits for the region are endless once Caribbean recognize the value of what they have and market it in the way that they ought to have been doing a long time ago. It is a platform solely dedicated to showcasing the work of Caribbean artists to premium audiences globally through our travelling exhibition and the provision of art products to global audiences. caribArt Collections will take the Caribbean to those who cannot come to the Caribbean. It will establish a positive legacy that our Caribbean people will be proud of for generations to come and foster a level of Caribbean collaborations the likes of which have never been achieved before. .

TTT: What has been the most rewarding complement you’ve received about your work, to date?

TM: Generally people’s response to my work has been very positive. It transports them to a time in their past and conjures fond memories of days gone by. It usually brings a smile to people’s face which was the intention behind the creation of the work – I wanted something that would make me remember and smile. However in 2017 when I had launched the caribArt platform with an 8-day exhibition at a tiny gallery in SE25 I had painted a piece called, ‘Relics of Days Gone by’. The subject of the piece was the Arnos Vale Waterwheel Estate in Tobago. One cold winter day a gentleman happened to be passing by the gallery and saw my work in the window.  He stood frozen on the pavement for some time and eventually entered the gallery. The only words that could escape his mouth were, ‘This is my home.’ I had later learned that his name was Philip Bronte and he was one of the last living descendants of the famous Bronte sisters, canons of English Literature. He had been persecuted and driven from his home because of his sexual orientation and so ended up seeking asylum in the United Kingdom. His property, The Arnos Vale Estate which is an old sugarcane plantation, had been completely destroyed by arsonists one night as he slept. He barely escaped with his life. Philip had lost everything and did not even have a single photograph of his property except for a few newspaper clippings that had featured the once popular tourist attraction which had accommodated the British royal Princess Margaret and her entourage on annual holiday,  and many other famous personalities over the years. The effect my painting had on this gentleman was deeply profound and is something that will remain with me for as long as I shall live.  It poignantly emphasized the importance and purpose of the caribArt Project in a way that I had not even fully comprehended upon its creation. `It has been the most rewarding experience for me as an artist to re-create something that was thought lost and to bring dignity to it even from a distance. I found Philip’s story to be so amazing that I wrote about it on my blog, https://www.caribartcollections.com/single-post/2017/08/28/Relics-of-Days-Gone-By-The-Old-Waterwheel

Finish the sentence, ‘yuh is ah true Trini fuh true if yuh travel all over the world and people could still recognize your origin by yuh accent.…’

You can find caribArt Collections on Facebook and Tricia’s on Twitter.  I hope you enjoyed her interview as much as I did.