An interview with Tola Okogwu author of ‘Daddy Do My Hair’ 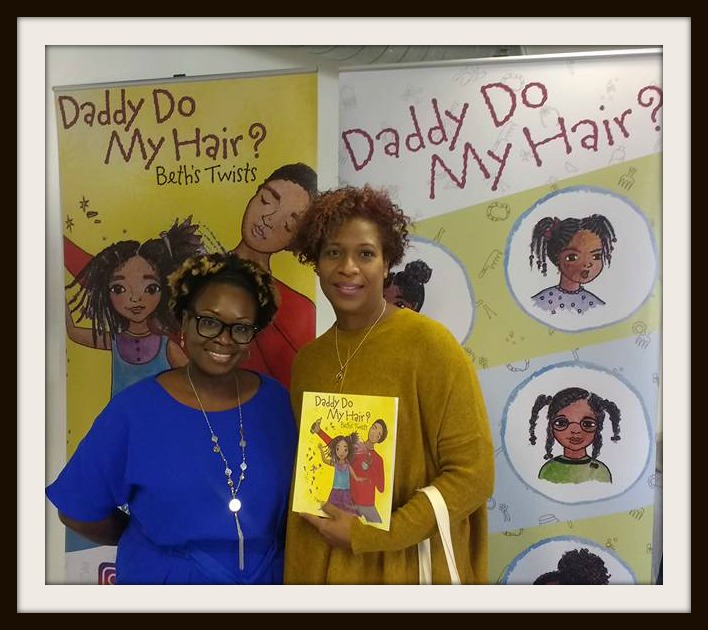 A couple weeks ago, I attended the launch of Tola Okogwu’s first book Daddy Do My Hair. I loved the idea and title from the start. In our household Hubby sometimes does an emergency hairdo for Valentina. The first time I think it was because I was at an event. He decided to take the kids to the park. Knowing that I hate my kids going outdoors looking rough he decided to tackle her hair. My quick tip was just brush it into a pony tail and think of putting a rubber band onto a packet to put in her hair band. For the braid, think of tying or plaiting rope. Perhaps not the best or clearest of directions. However, I felt once he got past doing what’s typically a mother’s task he would be fine. You know what, he was. He now boasts how much she likes him combing her hair and how she’s so still she with him. I don’t mention its because he doesn’t detangle. Let them have their moment I say. Tola read her book to us at the launch. It was as enchanting and tender as I had imagined it would be. Tola has kindly agreed to be interviewed by The Tiger Tales. You can follow Daddy Do My hair on Twitter. This is  Tola Okogwu’s interview .

1. Tell us about a bit about yourself.

I’m so many things, that it’s hard to keep track of sometimes. Firstly I’m a wife and mother and both roles are very important to me and very much shape who I am and why I do things I do. Secondly I’m a writer, I blog about Afro hair and I write children’s books. Whilst seemingly different, the two do often intersect, most recently in my new book, Daddy Do My Hair? Beth’s Twists, which is about a father doing his daughter’s hair.

2. Where did the inspiration come from for your book? And what made you believe it that the Great British public was ready for it?

I saw an illustration online of a black father doing his daughter’s hair and it just struck me as a very powerful image. Its impact was heightened because it reminded me of the relationship between my husband and daughter and how passionate he is about playing an active role in her life. Because of my working hours, he takes her to nursery 3 days a week and so has had to learn to do her hair as part of getting her ready. My daughter’s hair is quite delicate and I didn’t want to have to put her hair into damaging long-term styles and my husband was happy to step up and learn. The moment I saw that illustration, the title ‘Daddy Do My Hair’ popped into my brain. I just loved the idea of a book that celebrates a father taking an active part in making his daughter feel loved and beautiful.

I’m not sure that the British public is truly ready for this book, but I do believe it is long overdue. If we waited for people to be ready, nothing would ever get done which is the main reason why I decided to write and publish it now. The lack of diversity in children’s literature and the publishing world at large it too big an issue to continue to ignore or hope will solve itself. 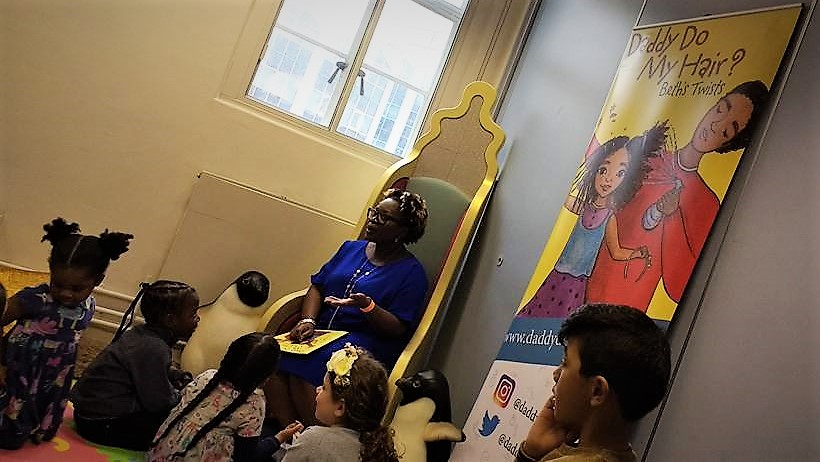 3. How did your partnership with Rahima Begum come about?

I was struggling to find an illustrator when one of my friends recommended Rahima, who is a well-known and respected artist in her own right. The minute I saw her work on her blog, I knew I’d found my illustrator. Her style is so distinctive, vivid and warm, which is exactly what I wanted for the book. Rahima in turn fell in love with the story and I think her passion shows through in her work.

4. How have fathers responded to ‘Daddy Do My?’ so far?

The response has been overwhelmingly positive, both from our male readers and also the media. We’ve had celebrity interest from fathers like Idris Elba and Lance Gross who loved the book.  I’ve also spoken to fathers who are so happy to see a more positive representation of fatherhood in children’s literature.  They love how the book challenges established gender stereotypes and celebrates fatherhood. 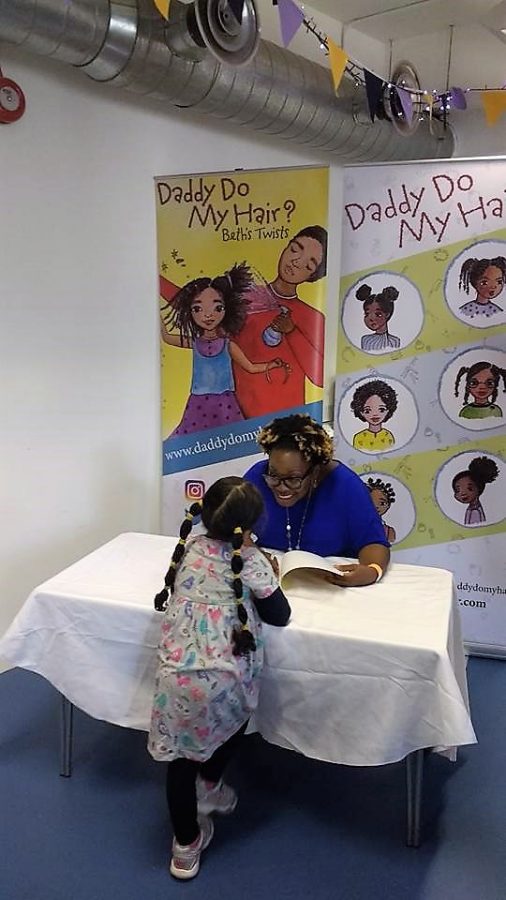 5. Have you had any feedback from boys? What do they think about a father styling his daughter’s hair?

We have actually! At a recent school visit we found that the boys got quite a kick out of the idea of a dad doing hair. They were also all very excited about the prospect of the third book in the series, which features a little boy getting his first haircut.

6. Have you set any achievement milestones for yourself and would you share it with us?

I would love to see Daddy Do My Hair feature as part of the BookTrust and LoveReading book packs and recommendations lists. This would greatly increase the reach of the book, especially within schools where every child would have access to it and the opportunity to see more diverse characters.