An Interview with J.K. Pascall and Aaron E. Davis: authors of Evolution’s Edge 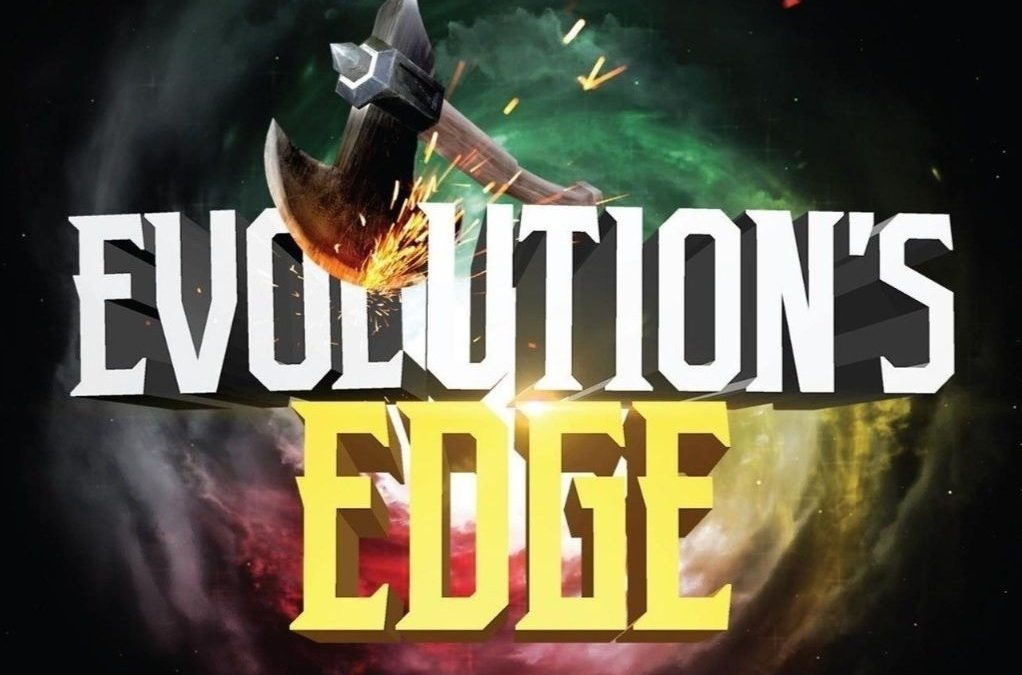 Lauded as a story that chronicles the lives of various characters who are connected in very unnatural ways. They pursue an understanding of these connections which leads to a journey of discovery and growth. ‘Evolution’s Edge’ is co-authored by two Trinbagonian writers. They share their inspiration for the book,  reveal what you need to know about the twin island republic… if you didn’t already know and more. This is the J.K. Pascall’s and Aaron E. Davis’ interview.

TTT: Please introduce yourself and share a bit of your professional background.

AED: I’m a Trinidad born writer living in London for almost twenty years. I studied for a B.A in English Literature which puts me in the enviable position of being qualified for everything and nothing at the same time. As such, my day to day administrative job in Social Work at the Local Government level means that I’m yet to be to recognised as the diamond in the ruff that I am. Or am I a lump of coal, hmm? But I digress.

I have written my entire life in some form or the other but this has been more as a hobby. Having celebrated a milestone and now being on the wrong side of 40, this most recent book with JK has offered me an opportunity to take my writing more seriously and turn my craft into a more professional realm.

JKP: I am male, Trinidad born with a background of just over twenty years in the Public Service in my home country Trinidad. I have completed two associate degrees in Sociology and Management in 2016 and 2017 respectively. Studying in my forties came about due to family and work commitments. Writing is not my hobby, but rather the activity that I choose for my future to satisfy so many needs that society fails to address. To have no voice in this particular world is like death, slow, deliberate and silent. I write in every genre that I can find myself or is it to free myself, I have not figured that part out yet.

TTT: When did the idea for Evolution’s Edge become so strong that you knew you had to write the book?

AED: The Idea for Evolution’s Edge was JK’s brain child. I’m honoured that he thought of me and trusted me enough to help him deliver Evolution’s Edge into the world. This work has been with JK for quite some time before I even came on the scene. Hence, when he approached me with the idea in late 2019, it was all a bit overwhelming. There were ideas and concepts being thrown at me and I was a manicou in headlights. However, his enthusiasm, scope and vision for this story was what made me say yes to the idea of a collaboration. It was like nothing I have read before and I believed in the idea.

JKP: Evolution’s Edge has always been with me, like a pilot light in my brain. Long before I wrote my first book in 2016, I started playing around with these ideas in my head. So the book lived with me for four years before I started putting it down on my laptop. Like a child it grew and expressed itself and now it is born to the world. A beautiful journey of imagination and emotion. It could not stay inside any longer, it had to be written. To write this book, I had to learn to write, everything that I have done in writing so far was to give this book the best chance of becoming. I will write and go on to do many things, but this book was in itself a driving force for my development.

TTT: How did your writing partnership come about?

AED: I love reading and watching anything fantasy related. Whether it’s novels, movies, or television shows, I could talk your ear off once it’s fantasy related. Hence over the years JK has had to patiently listen to my ideas enthusing on the latest fantasy genre in which I found myself engrossed. The one thing that I have been looking at recently was searching for more representation and diversity in my fantasy viewing and reading. Where were the characters that looked, sounded and lived in settings I knew? Where was the dark skinned heroes and gods in hot tropical settings? So, when JK approached me about a partnership I was initially hesitate but I saw its potential and I liked the fact that the characters were people, ideas and settings that I recognised.

JKP: I needed someone to keep me honest and grounded. Creating a fantasy world can be very surreal and one can lose touch with the beaten path, my writing partner was there to anchor me and also I got lucky. I had a personal friend who wrote really well and was the ‘diamond in the rough’, all I had to do was convince him that this project was worth his time. Now we are both proud of the work and the partnership. 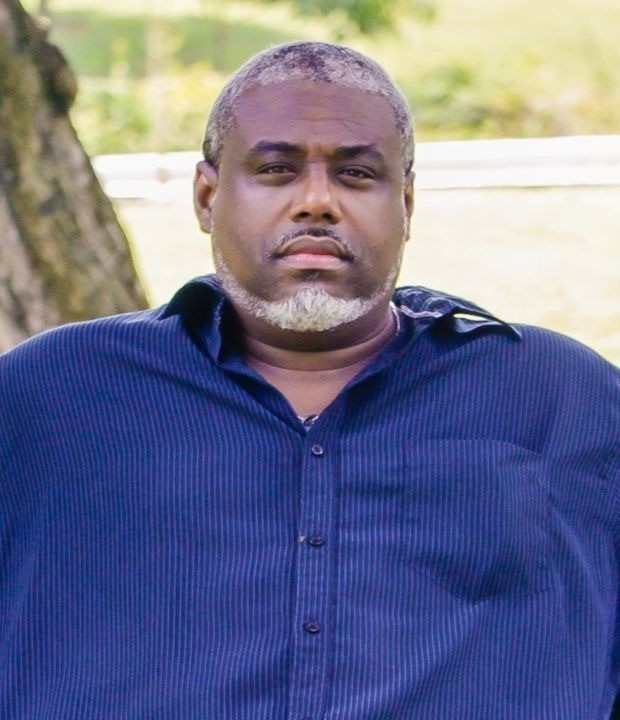 TTT: When and where were you most productive while working on the book?

AED: JK style of writing is very different from my own and there have been times we have clashed over the process. I’m definitely more of a Pantser (I fly by the seat of my pants not planning things out before writing) while JK is a hardcore Plotter (someone who plans his novel before writing it). It didn’t help that we wrote this book over two countries, communicating via email, and social media. Evolution’s Edge is JK’s baby and I was conscious of that so I knew I couldn’t go wild. Luckily, we were able to find common ground where JK gave me the parameters in which I could “colour without going outside the lines.” Normally these two writing styles of Pantsers and Plotters don’t meld, but while working in this way I found that I was able to be more productive and focused on the writing and story. I believe that’s why we were able to complete this book in just over nine months and learn so much from each other’s writing style.

(Pictured on the left: J.K. Pascall)

JPK: I am simple, my desk, same chair and we bang out the chapters one by one, seven months I think. We did it. It was not rushed, even though we gave it two years in our planning stage, it took half that time. The main reason was that my co-writer is so disciplined that he never shaded outside his boundaries and creative disputes were resolved by pandering to me, this made things so much easier. And I really believe he enjoyed the journey, so the pull was there to see what we come up with next. It was really a pleasure working with my friend.

TTT: Evolution’s Edge has a biblical genesis feel, was that intentional? If so, why?

AED: I think everyone comes to a piece of work and goes away from it with a different interpretation. While working on the book, I enjoyed the supernatural element of Cheveyo and the idea of these extra dimensional beings who co-existed with humans. Personally I never ascribed a religious theme to the work, though I can see how it can be interpreted as such. It was more an abstract work with a spiritual leaning, as opposed to any one ascribed religious doctrine.

JKP: I guess it was because of where the idea started…contemplation on darkness, the idea of it. When we fail to define and discover nothingness, then we must admit that there is something there…The word ‘biblical’ links our minds to ‘God’ which is our personification of creation. Of possibility. I think I just wrote from that perspective and kept revisiting the source.

TTT: What aspects of your Caribbean upbringing influenced the book?

We are an island steeped in a lasting legacy of colonialism and neo-colonialism which we struggle with every day and form part of how I see the world. And yet, despite its history or because of its history we have emerged a region, a country, rich in its melanated diversity of peoples, flora and fauna, myriad celebrations, and distinctive accents. Yuh understand? This has all gone towards making up who I am, the way I think about the world, myself, and my craft. It has helped me shape the characters in how they speak, how they move, live and love until they become living beings in my mind that is true to their being. Not perfect, but always striving.

JKP: The education that I was given while growing up, both in and out of school left out so much. The first time I had a clue of how much I did not know, it ruined me. A kind of hunger was created to know, to grow. I can see now that living on an island presents something to the mind, an ethnocentric simplicity that we can be completely satisfied with. I think my ability to project my feelings unto the world helped me create Cheveyo’s world. Possibly an attempt to work through abstract thing in my own.

What you need to know about Trinidad & Tobago

TTT: For the reader who has never been to Trinidad & Tobago what would you like them to know about the twin island republic?

AED: Without sounding too much like a tourism board speaker…Trinidad and Tobago is the most Southerly twin islands in the Caribbean, surround by blue seas, virgin green spaces and year round hot weather (even when it’s raining).  It’s an eco-tourist paradise. But don’t run away with the idea that it’s all sun, sand and sea. This is a twin island republic that has its history of conflict and periods of harmony but it is for the many of its citizens an island paradise they will never leave.

Our small twin island has left an impact on the wider world that is still seen today, if you know where to look. From the invention of the Steelpan – a Nobel Prize in Literature winner –the first black Miss Universe (1977) and the Trini-American rapper Nikki Minaj.

JKP: From the perspective of my work, I would say that if you wanted to work out the problems of creation in a place that was always warm (sometimes hot) and mostly sunny, where the seasons don’t interrupt your agenda and you can either plug into the rest of the world or choose not to. Where the twin islands are dysfunctional siblings but their beauty is undisputable. Where our egos have soured since the days when we were property and our usefulness to the crown has promised us a place in her court. Obviously, it’s a wonderful place to dream………

Comment below, I would love to hear from you.