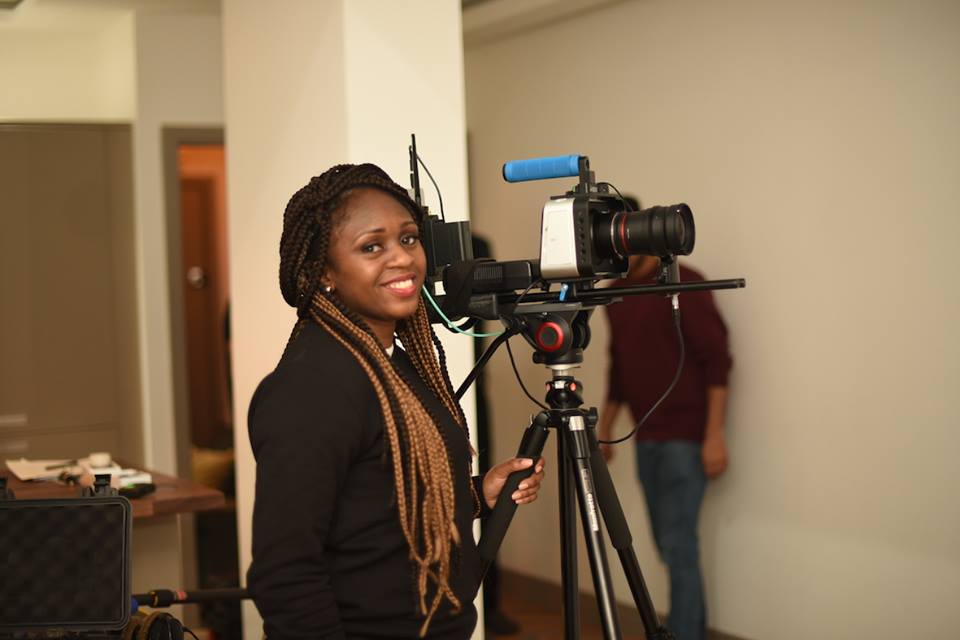 Award-winning Dermatologist Clare Anyiam-Osigwe, was honoured by the Queen in 2017 but she’s not stopping with there. Clare has now crossed over into the film industry. Drawing from her 15 years in the skincare business has written, directed and co-stared in “No Shade”- a romantic drama which tackles the issue of skin and colourism.  Recently, there was media day for No Shade, I was unable to attend but I seized the opportunity to interview Clare Anyiam-Osigwe. We’ve meet at events in the past and I found her personal story to be very inspirational. This is Clare Anyiam-Osigwe’s interview.

CAO: I’m a London girl with a penchant for art and science. I love reading, writing, watching film. I’m a self-professed geek. Anything I do, I do in excess. I guess that’s why I work quickly and intensely.

TTT: Your first degree was in acting and directing from Brunel University. What lead to the diversion into skin care?

CAO: I came out of university with a BA which was basically defunct. As a black actress in the early 2000’s, we were completely invisible on screen. Not unless you were in reality TV like Big Brother or flew the nest and went to America. It was bleak here in the U.K, still is in many ways. I had a half scholarship to go to LA and do a masters in Fine Art, but I had to raise £10,000 to fund the other half of the scholarship. I decided to stay behind and turn my weekend passion – makeup artistry into a business. Got a bank loan and started PremaeUK. I promised myself that I’d have fun for a few years and come back to my first love once the industry seemed to change. That change was exemplified in meeting Emmanuel Anyiam-Osigwe, my now husband. He’s company British Urban Film Festival restored my faith in indie filmmaking scene in Britain. I decided that 2018 would be the year I came back to art and i’m glad I did.

TTT: How do you define colourism?

CAO: For me, colourism is a mixture of sexism and racism, which in turn is largely but not exclusively misogynoir. It is the mistreatment of black women due to their race and gender. It is oppressive and disease of the mind perpetuated by mainstream media, social discussions and the distorted representation of the black woman in popular culture.

TTT: During your time as a skincare doctor, if you treat patients who suffered from the side effects trying to achieve a desired shade? If yes, what was the problem and how was the skin cared for?

CAO: Yes, I was visited by women who had sunburn from bleaching and wanted to use my 100% natural, allergen-friendly vegan skin care products to heal the scaring and wounds. I was close to tears at the lengths women would go to just to look lighter skinned. It was sad because they didn’t ever achieve their goal. They ended up looking more ‘grey’ or ‘pink’ than golden or tanned. I would ask them why they had chosen to do this and they would tell me that it was because of their family or to attract a man, that black men want someone white or lighter skinned. This was the basis for my storytelling. 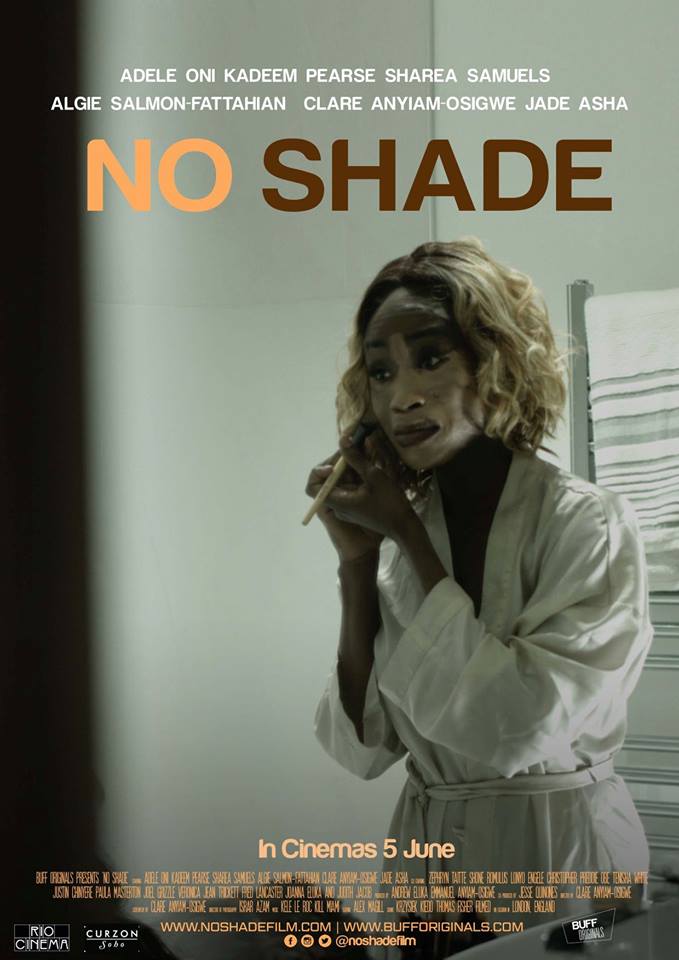 TTT: Does ‘No Shade’ draw from the lives of individuals know to you personally?

CAO: Yes, personally, I have always felt beautiful in my own skin. I have two wonderful brothers who have always instilled high levels of self-esteem into me and my two sisters. But I remember vividly always hearing the remark ‘you’re pretty for a dark skinned girl’ and I used to wince at this comment. This started as early as the age of 14. friends of mine comment all the time about black men in my generation (early 30’s) that aren’t interested in black women and deliberately date white or fair skinned women so their children will be lighter. My thing is this – love and date whomever you wish. Just do not put down/ berate/ cuss/degrade a black woman of any shade in the process.

TTT: Who were your favourite Film Directors?

TTT: You wrote, directed and co-star in ‘No Shade’. Tell us about your onscreen character and why you had to play her.

CAO: The character of Carla is a supporting role. She is slightly older than Jade and offers her a guiding and supportive ear on her trials and tribulations. I wrote Carla to be kind and caring as it would be easy to play so I could split my mind behind directing and script supervision for the entire shoot. It was challenging but so is everything I’ve ever done in my life.

TTT: What would you like your legacy to be as a filmmaker?

CAO: I want to be remembered as the fillmmaker that showed us how Black people in the diaspora lived and loved. We do more than shoot people and die. We are complex, vibrant and unique people. Our complexities must be explore on screen, with the help of big studios like Disney or simply by yourself. No matter what, tell that story.

No Shade comes to the big screen on 5th June. You can find No Shade film and Clare Anyiam-Osigwe on Twitter.