A Day on the Isle Of Sheppey 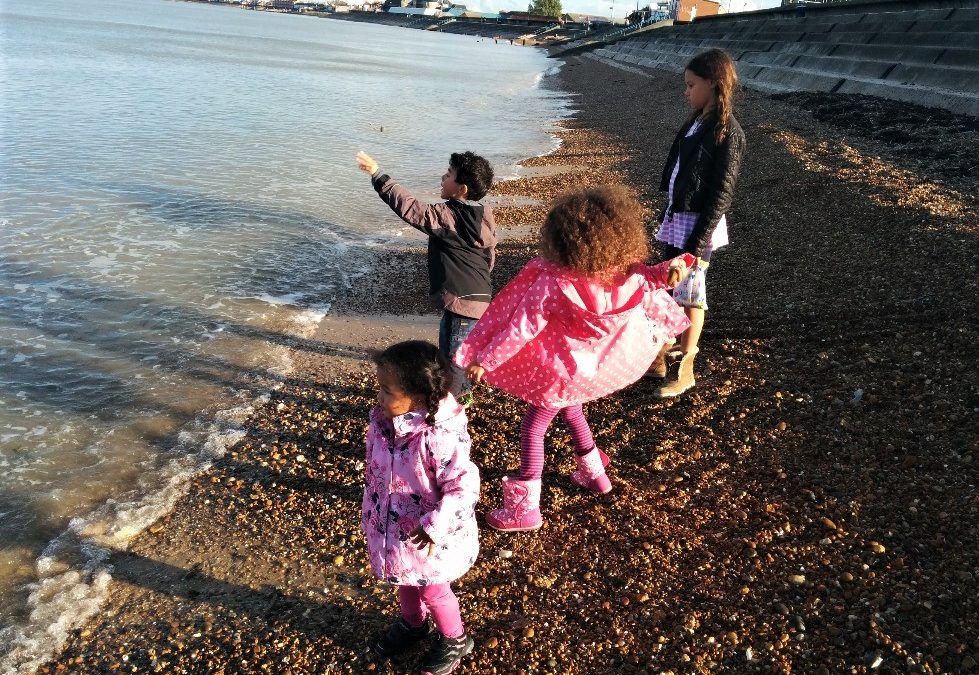 On Saturday the children and I made it onto the Isle of Sheppey, where my dear friend Chelsea Art Designs and her family live. I confess aside from the name, I knew nothing about the isle. However, I like the idea of living close to a body of water or lots of greenery. This trip was a real treat. The town centre is small but lovely and has all you need with refreshingly not too many chain stores.  The people we came into direct contact with that day were all pleasant and friendly.  I mention it because once I leave the comfort of the London, I confess I get a bit anxious, not that I’d let it show. Our day out on the Isle of Sheppey was a success and my children and I are already planning our second visit.

Brief History Of The Isle of Sheppey

According to Wikipedia, the Isle of Sheppey is: ‘an island off the northern coast of Kent, England in the Thames Estuary, some 46 miles (74 km) to the east of London. It has an area of 36 square miles (93 km2). The island forms part of the local government district of Swale. Sheppey is derived from the ancient Saxon “Sceapige”, meaning isle of sheep, and even today the extensive marshes which make up a considerable proportion of the island provide grazing for large flocks of sheep.’  For more on the Isle’s rich history see their official website.

A Birthday Celebration On The Isle Of Sheppey

The main purpose of our visit was to celebrate the birthday of another dear friend, along with Chelsea and her family.  The ‘birthday boy’ relished having the kids around. The bonus for me; it was one of the rare occasions when only need to ensure they were fed, watered and clean. The joy of hearing the four children’s peals of laughter was priceless. They always play well together.

Chelsea’s children, both girls. I swear, Valentina matures a bit more every time she interacts with older children. On Saturday I saw her properly riding a scooter! I wish I’d worked out how to film on my camera phone. I was too gobsmacked. She looked so cute and confident.

Angelo tried his legs on a bike and observed mini beasts in the garden, as he loves to do. Chelsea’s daughter Miss E is closer to Angelo’s age, so, they spent a fair amount of time together. 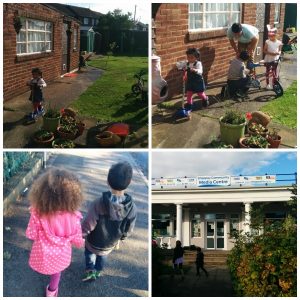 From the house we all headed off to the soft play area, at Sheerness Leisure.  Our friend Mister A had the added pleasure of looking after the children there. Friends to have right?!  And for his birthday too albeit, he did have ten minutes of peace while the children and I explored the sea shore.

I spotted the Sheppey FM radio station en route, as it backs on the sea front. (Yes there is a radio station. You can tune in online).

It was Sheerness Beach we visited. The kids enjoyed throwing stones into the water and making a big splash. Angelo’s keen eyes spotted the boats in the distance that give him a thrill. He collected a little memento from his trip to the beach, a shell. Later that day he showed his dad how to hold it to his ear to hear the sounds of the sea. The shell wasn’t that big to hear anything but didn’t let him into that ‘secret’.

It was Valentina’s second time at the beach. She has no memory of her first trip. I allowed her to play along the shore with the bigger kids, while I kept a watchful. 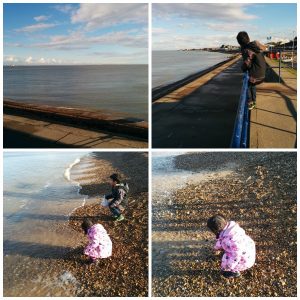 Apparently, from where we stood on the shore  Isle of Grain and South End On Sea could be seen on a clear day. Perhaps the boat/ferry was heading to one of those isles.

The day was a success. What’s more could anyone ask for these day when everyone seems so busy? It’s a treat to connect doing simple things and creating special memories.

Attractions Near Isle of Sheppey

As mentioned earlier the Isle of Sheppey in the district of Swale. The district of Swale has other outdoor attractions that would make a lovely day out with kids. Milton Creek in Sittingbourne is a must visit for nature lover. The 128 acres (former landfill site) and consists of;  large natural play area, a community events space and nature walks through meadow, scrub and aquatic habitats.

Then, there’s the Oare Gunpowder Works. This is a place where little explorers’ imaginations can go wild. Although it’s history is stepped in the gunpowder industry in Faversham, the nature reserves is now home to birds, bats, insects amphibians and a variety of trees and fungi.

Oh and I can’t resist mentioning another beach, Leysdown. Leydown beach has good water quality and safe to bath in. FYI: Dogs are not allowed 1st May – 30th September.

I’m connecting this post to the Country Kids from Coombe Mill blog hop. Please pop over and see what else has been happening over the weekend. It just might inspire you for your next road trip or family day out.