3 reasons to watch the film Where Hands Touch 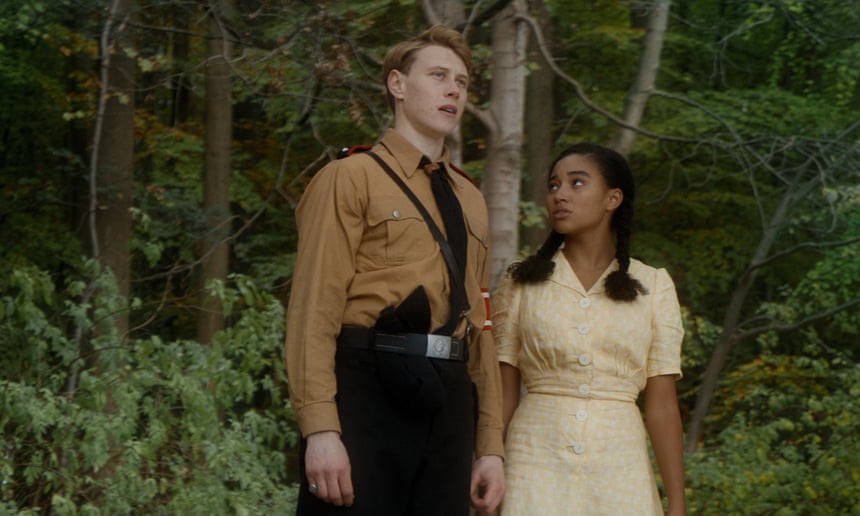 Over the years I’ve seen several war dramas and films. Some of them were about the Holocaust. Sometimes it was on the backdrop for a romance, other times it clearly showed the horrors of the genocide. In my twenties, I learnt that blacks and homosexuals were also persecuted in Nazi Germany. However, I’d never seen or heard the female perspective of this horrific period in history. So, the first time I saw the trailer for Where Hands Touch, I was torn. Would the film be another romance, only this time, an interracial one, during World War 2 and the Holocaust? Fortunately, my admiration for the work of Director Amma Asante and Actor Amanda Stenberg, won over my internal dialogue. I attended a private screening of Where Hands Touch; these are my three reasons to see the film.

I didn’t know anything about the black experience in Nazi Germany. Did you? Amma’s ‘chance’ spotting of a school photograph taken in Nazi Germany of teenage girls, one of  whom was a biracial girl 1 is what inspired her to research and create the film.

‘Based on historical events ….coming of age story of an Afro-German teen whose mother is German and father, an African French soldier.

Set in 1944 Berlin, Where Hands Touch follows Leyna, as she negotiates her world, and struggles for survival, identity and belonging, during the most brutal of times.’

There were black African, ‘French colonial soldiers, stationed in Germany after its defeat in the First World War….’  as well as, diplomats. How did black and biracial people survive during this time? An article in The Vice 2 Growing Up as a Black Kid in Nazi Germany: Remembering the life of Hans J. Massaquoi …’ tells us about Massaquoi who was a paratrooper in the American army during the Korean War. After the army he became a journalist and later managing editor of Ebony magazine. Massaquoi, who passed way in 2013, was the son of a German nurse and a Liberian diplomat. Looking back at his childhood in 1930’s Hamburg, Germany, the article quotes him from his book, Destined to Witness: Growing Up Black in Nazi Germany, “I survived because of a loophole in racial laws. We weren’t such a significant number so as to be noticed by the Nazis,”

The film delves into Leyna’s experience but does not omit the Jewish experience either.

Close your eyes and pick up a history book and chances are it was written by a man. While there are many compelling books that recorded events in history, the woman’s voice has hardly been heard. The same can be said for film. Although there have been films about women during the Holocaust, I can’t think of any where the woman or her experience was told by a female.

What captured my mind and heart in the film was the woman’s perspective. The bond between Leyna and her mother, Kerstin (played by Abbie Cornish) is sweet, tender, powerful and fiercely protective. The relationship is strained between Kerstin and her sister as also interesting.

The resourcefulness of women in the film was phenomenal.

How could Leyna and Lutz (George MacKay) full in love? How could she feel safe with a young man who was the son of a high-ranking Nazi officer? All I can say is love is love. Lenya’s entire world was white and had it not been for her biracial heritage being pointed out and reason for persecution she might not have felt ‘other’. As for Lutz, perhaps it was her ‘difference’ and purity in a world that was tainted, that drew him to her.

Where Hands Touch is out now at selected cinemas. I don’t want to spoil it for you. Go see it.  Support Amma’s work. Let the establishment know that we want/need these stories.