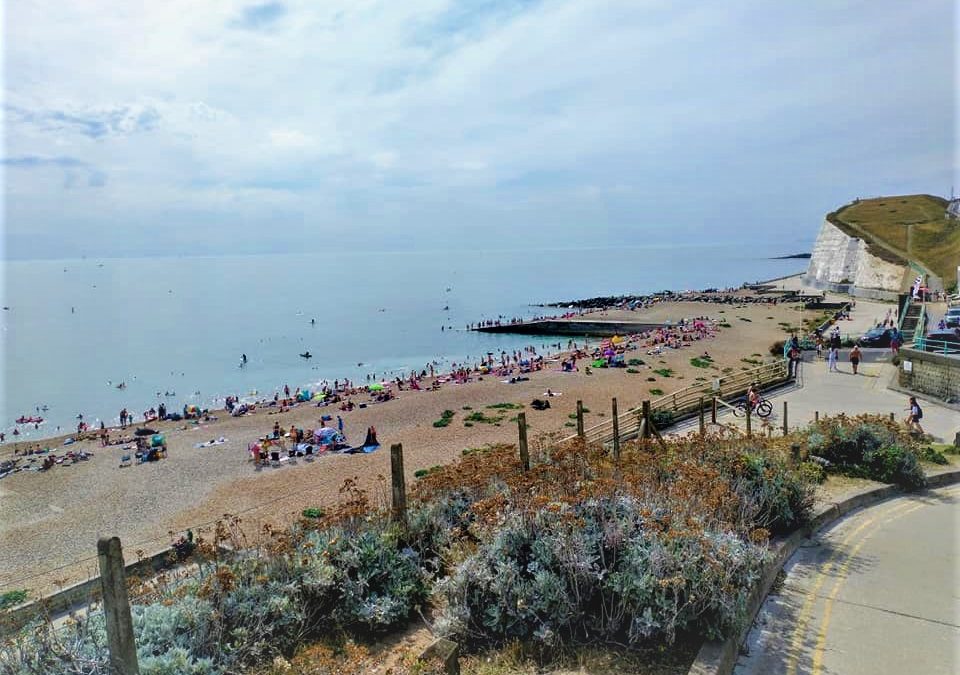 Instead of our usual family staycation. this summer we’ll be going on daytrips. The plan is visit outdoor spaces that would allow for social distancing. Woodlands, beaches and wetlands are some of our places of interest. Naturally, due to the recent heatwave we hit the tarmac and headed off to two new beaches, Kingsgate Bay and Saltdean Beach. The water was so refreshing and it was exciting to explore the landscape of each site. Two down … the quest continues to find the best South East England beaches for the family.

Kent has several well-known beaches but, nestled between Botany Bay and Joss Bay, is Kingsgate Bay a lesser patronised beach. Formerly known as St Bartholomew’s Gate, until the fateful emergency landing of King Charles II and his brother, the Duke of York, in 1683.

The bay is overlooked by Kingsgate Castle which is a Grade II listed building. It was as fashioned after a Welsh Edwardian Castle. Her sea facing side can best be observed at low tide from sandy shore.

Kingsgate Bay not as popular as the neighbouring bays, probably due to the limited parking, seaweed a plenty and no on site amenities. During our visit, the air had an unpleasant smell. I eventually got used to it but the kids never did. Nonetheless, they frolicked in the sand and enjoyed the views. Kingsgate is quite picturesque after all and the fine sand is perfect for castle building.

When the tide is low it’s also possible to walk over to Joss Bay. Be sure to check the tide though, water safety first. See sure to watch the viog below to see our highlights.

Then came our trip was Saltdean, in East Sussex which a roaring success! It’s a shingle beach with gorgeous clear aquamarine water. Oh the joy!  No surprise, it has five stars for water quality. In terms of facilities, there’s a café, water tap along the promenade for beach-goers to rinse off. Toilets are also available but we didn’t use it. Dogs are restricted on 2 of the 4 beaches from 1st May until 30th September. 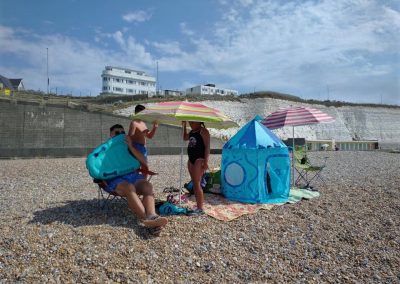 Setting Up on Saltdean Beach 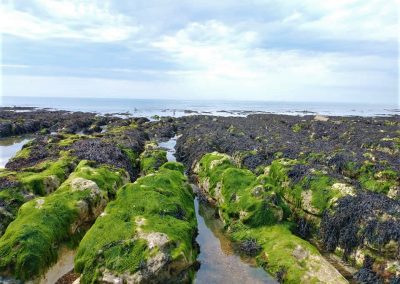 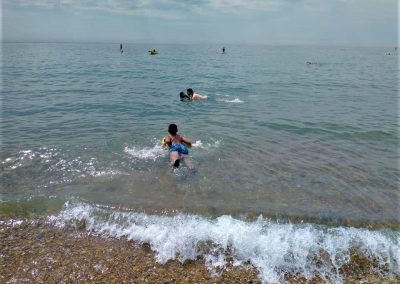 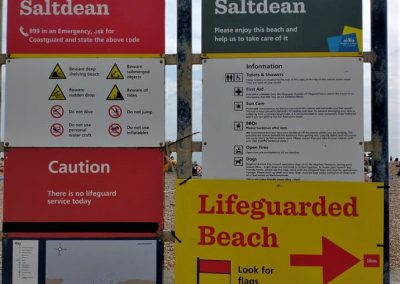 When the tide is out, it’s perfect for rock pooling. At high tide, swimming and other water sports can be enjoyed. I spotted quite a few paddle boarders and sea kayakers. A wonderful time was had by all and the kids have requested to visit again!

The downside to Saltdean Beach there’s less surface area to spread out when the tide comes in, on a busy day. Additionally, it’s not one for sandcastles. Personally, I think the views and water make up for it all. Go early to avoid the crowds.

Let’s not all stick to the same beaches. Get out and explore. I normally, use the beach guide website to find beaches to suit our needs.

What are your plans for the rest of the summer? Do you have a special beach you would like to recommend? Tell us all about it. Comment below.